Firefox 104 Stable, Firefox 102.2 ESR and Firefox 91.13 ESR will be released later today. The releases fix security issues and bugs in Firefox; Firefox 104 Stable includes a handful of new features, including an option to analyze the power consumption of specific websites. 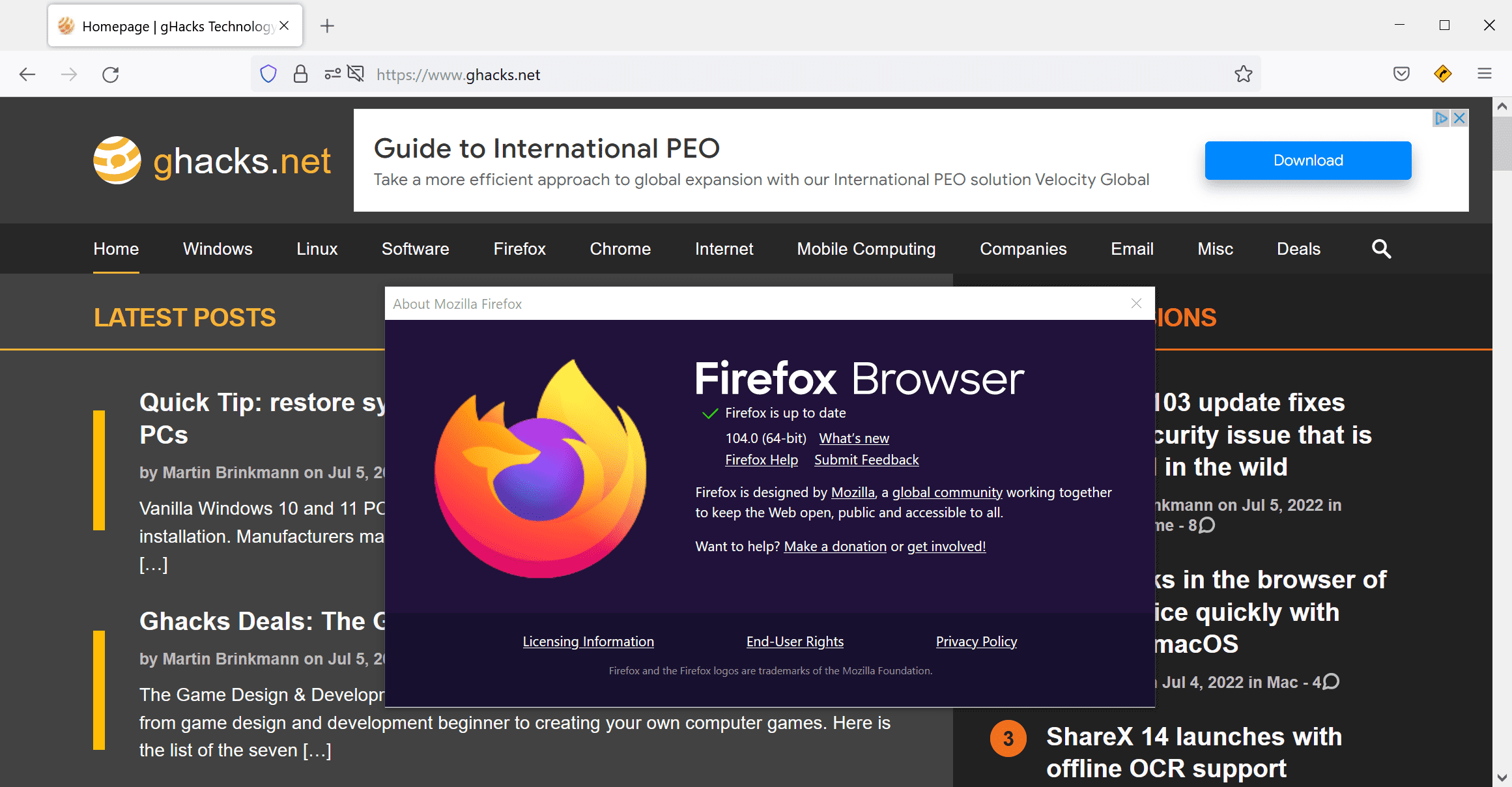 Firefox for Android is following stable release versioning, which means it will also be updated to version 104.

Firefox updates are available the day they are released. Since we release our version reviews early, they may not be available yet.

All Firefox installations can be upgraded through the browser’s built-in update system. To check for updates, select Menu > Help > About Firefox. Firefox displays the installed version on the page and runs a check for updates. The updates found will be downloaded and installed.

New features and improvements in Firefox 104.0

To improve the performance and battery of the device Firefox is running on, the browser throttles its user interface whenever minimized or unhidden. The system works the same way background tabs are limited by Firefox to limit battery drain and improve browser and system performance as a whole.

Firefox users on Apple M1 and Microsoft Windows 11 devices can now use the Firefox Profiler to analyze a website’s power consumption.

Other changes and fixes

Security updates are revealed after the official release of the web browser. You will find the information published here after the publication.

Firefox 105 will be released on September 20, 2022. Firefox 102.2 ESR will also be released. It will replace Firefox 91.x installations through the Firefox update system.